I tend to forget how important reviews are especially for self publishing artists, writers and other creators. So I often tend to forget to rate their works or write a review. I want to change it this year and I have enough material I have to write them for. Even though this blog is mainly in German I will write these articles in English because every I am going to reviewing is from the DMs Guild and in English, so I think it is for the best. The start will be two products created by my dear friend Lilah Han. Clicking on the pictures will direct you to the products page on the DMs Guild. 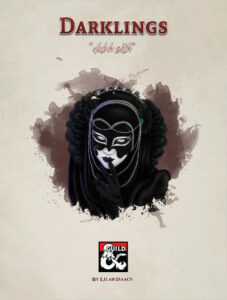 On four pages you will be introduced to the Darklings as a playable race. They might be a bit special because they are fey and not of the good kind and therefore may not fit every campaign.

You’ll get a short introduction what Darklings are and of course everything you need to make your Darkling character. The basis presented in the PDF is based on the Darkling Elder but you also find the rules for a normal Darkling.

Since the abilities are based on/taken from the entries of the Monster Manual with a few additions to make it a full playable race there are not balance issues which one or the other might fear.

So if you want to add some fey influence to your campaign with a Darkling npc or are sick of playing Drow character 259 and want something alike but different, you should give this a try. 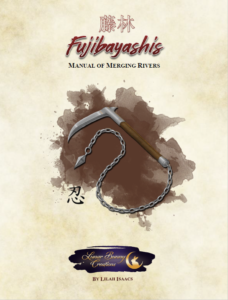 I am kind of a sucker for anything Asian in D&D, so Fujibayashi’s is kind of a no-brainer for me. The shinobi or ninja is one of the class types a lot of people want to play but it is also one of the hardest to create. Fujibayashi’s introduces us to two possibilities of what a shinobi could look like.

The first is an update to the current Way of Shadows tradition for the monk. It replaces all the current abilities with new or updated versions. The official version of the Way of Shadows seems kind of lacking compared to the other traditions. This versions levels the playing field since it offers a good mix of combat and support options and the right feeling towards a ninja.

The second option is quite a surprise because it is for the bard. I really like that. The College of Chiyome is also more geared towards the female shinobi called kunoichi. The kunoichi are female spies so their abilities are going more into the direction of not being seeing.

The two archetypes are not all you get with this PDF. You also get a new background which sets you towards the path of the shinobi right from the start, new tools and equipment as well.

The most important thing is that everything is more based on actual history than movies or stories. So the everything feels more grounded or more logical I’d say. The short quotes throughout the book and the introduced background make it quite clear that the shinobi is more than just another rogue with mystical powers. Also they show the dedication that went into this book and is clearly what I like most about it. Since it gives you the feeling of what a ninja was/is without being tied to an rpg-setting.

So if you plan a campaign in the lands of Kara-Tur or Tian-Xia or any other Asian-based campaign or just add some mysterious flavor to a wandering stranger, then this is quite essential I’d say. 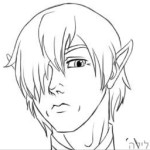